In the wake of the duo’s latest video, X24, Dean Mayo Davies sits down with Kelora’s Benedict Salter and Kitty Hall

“The fairy footage we shot in our house in Camberwell,” says Kelora’s Benedict Salter of the duo’s latest video, X24, an ode to the Glasgow bus route. “We had this idea that we wanted it to look like someone was really bored and trapped inside, or never went outside. Getting really obsessed with all those Instagram filters and ... hopelessness and boredom really.”

“It’s amazing that all this is happening under Covid-19,” segues Kitty Hall. “People are even more isolated and on Instagram than when we were making the video [during the 2019 UK election campaign]. We were thinking quite far into the future. We didn’t imagine the apocalypse as sunny as this.”

Reality, as they say, bites: it is quite often something to overcome. Especially now we must #StayAtHome. For any artist, being the temperature of their time is an achievement, apocalypse or not.

“Software is so limitless, a new medium. I want to keep pushing and learning new approaches” – Benedict Salter

Based in London since last Autumn, Kelora formed (and were made) in Glasgow, Hall arriving from Perth, Salter from London. Both had an interest in visual arts, studying at the art school and reading Celtic Studies at Glasgow University.

“The music and art scene in Glasgow is not massive; everyone would be at the same things,” explains Hall. “Ben sent me some of his demos and I sent him some of mine. Then I went round to his flat and we recorded a song in his bathroom. After that we just kept going.”

With the likes of Ralph McTell and The Incredible String Band their most traditional of influences, they could’ve stuck to pure folk principles. But they opened the laptop and took in the DIY software revolution. As self-producers, they were able to create a sound that’s something of a spectre, trapped between traditional and new worlds, where harpsichord meets loud Soundcloud claps. Their genre, like their sound, has been invented: Pentangle never had a Macbook Pro. They rate Caroline Polachek, who has shared a bill with them.

“Software is so limitless, a new medium. I want to keep pushing and learning new approaches,” says Salter.

“We could release our music in a way where it is just like a folk song: it would work,” acknowledges Hall. “But doing that doesn’t seem as exciting. It could have happened years ago.”

From the beginning and their Boy EP, through 999, Girl and their Calpol EP (a USB bracelet), self-styled and initialised imagery has been a huge part of Kelora, twinning with smartphones and internet graphics.

“We were quite interested in this idea of us both looking like one person or being thought of as one person,” says Hall. “You can see that in the Boy video where our faces meld into each other.” They sing at the same time on the track – very folk.

Theirs is a bleak pastoral landscape punctuated by snow camo ghillie suits and lo-vis hi-vis. “We phoned up all these safety shop places in Glasgow and they were like, ‘Why would we sell a black hi-vis? That doesn’t make any sense,’” explains Hall. “We were like, ‘No, they do exist.’ Eventually we found them online. Now you can get them quite easily.”

“We could release our music in a way where it is just like a folk song: it would work. But doing that doesn’t seem as exciting. It could have happened years ago” – Kitty Hall

“We bought a bottle of cherryade and we were in the park drinking this red drink,” remembers Salter. “That evolved into wearing red wigs for 999 and asking Sgàire [Wood] if we could use her stuff.”

X24 is the first video they are dressed similarly instead of as one. Realised by a number of creatives brought together by, yes, Instagram, the clip uses slit scan technique; an analogue warping effect developed for the film Vertigo, seen in the stargate sequence of 2001: A Space Odyssey.

“They also used it in horse racing so they could see which crossed the line first,” ad-libs Hall. “It’s strange – you’re turning your head and you can see how your nose moves slightly before everything else.”

Mass quarantine might’ve landed on Kelora. But they’ll use the time for more strange.

Kelora are live streaming a performance on their Instagram @kelora_ on Thursday, April 23, 2020, at 9pm.

Life & CultureInterviewThe Prince of New Jersey: A Conversation With Michael Imperioli Steven T. Hanley of Deeper Into Movies calls Michael Imperioli – aka Christopher Moltisanti – to discuss The Sopranos, its legacy and why Steve Buscemi is to thank for casting the greatest TV Show ever madeSteven T Hanley

Life & CultureLongreadA Dive Into the ‘Années Folles’ With the Luminaries of a Lost GenerationHeroin or cocktails, Hemingway or Fitzgerald, Right or Left Bank – who won the Parisian postcode wars of the 1920s?Jack Mills

Life & CultureFilm in FocusThe Inside Story of Gael García Bernal’s New Film, Ema The Pablo Larraín-directed film, which premieres for free on MUBI today, tells the electrifying tale of a couple in the wake of an adoption gone wrongJack Moss

Life & CultureNewsThe Dazed 100 Has Launched, But This Time It’s DifferentThis year, participants are competing for money to fund a creative or philanthropic projectAnother Man

Life & CultureLongreadThe Story Behind Aubrey Beardsley’s Wickedly Explicit Salomé SeriesThe mischievous master of ink on paper Aubrey Beardsley exploded categories of sex and gender, corrupting the Victorians with his wickedly explicit drawings. His illustrations for Oscar Wilde’s rhapsodic play Salomé are among his most revolutionaryTed Stansfield

Life & CultureFeaturePhotographer Buck Ellison’s Depictions of Wealth in White AmericaEllison deftly weaves codes of wealth and privilege through his staged photographs, as evidenced by his new monograph Living TrustBelle Hutton

Life & CultureLongread The Secret Life of Gay Sugar Babies“It’s not easy money, and anybody who says it is easy is either a fool, a supermodel or lucky”: Otamere Guobadia investigates the phenomenon of gay sugar baby-daddy relationshipOtamere Guobadia

Life & CultureLongreadBryan Ferry Speaks to Tim Blanks on the Art of Roxy MusicSpeaking to Tim Blanks for the Summer/Autumn 2020 issue of Another Man, Bryan Ferry reflects on the way the band’s music was communicated through imageTim Blanks

Life & CultureNewsRemembering Artist and Adventurer Peter Beard The revered wildlife adventurer, artist and photographer was found dead this weekend near his home in Long IslandOrla Brennan 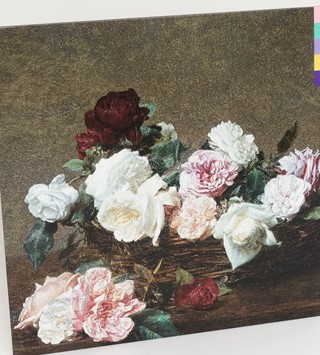 Life & CultureFeaturePeter Saville, Interviewed by Our Readers We invited you to ask legendary image-maker Peter Saville anything – here’s what he saidOrla Brennan